Putting the fizz into festive

‘Tis the season to celebrate and Rutherglen’s talented makers have crafted a sleigh-load of diverse and delectable red and white Australian sparkling wines to put the pop and fizz into every festive gathering.

With its long and proud tradition of producing classic, big beautiful reds and internationally-prized muscats, Rutherglen has also forged a reputation for delivering fabulous, award-winning sparklings, with two winemakers in particular now synonymous with crafting some of the region’s finest and most interesting drops - Anderson Wines’ founder, Howard Anderson and Cofield Wines’ Damien Cofield. This year, Howard Anderson celebrated his fiftieth anniversary as a maker of Australian sparkling wines after honing his skills for 15 years at Seppelts Great Western, then at his own boutique winery on the edge of Rutherglen.

He still enjoys the magic of transforming the fruit he’s grown and nurtured in the soil of his own eight hectare vineyard into sparkling wines that are zingy and refreshing, elegant and complex.

Now with his winemaker daughter, Christobelle, Howard produces a range of excellent red and white sparkling wines including a highly regarded blanc de blanc from chenin blanc grapes as well as red sparkling shiraz, durif and sometimes saperavi and tempranillo.

In 2012, he hit on the winning idea of crafting a new style of Rutherglen sparkling wine from the grape traditionally used to produce the luscious liqueur muscats the region is famous for. “Lizzie is a very unusual twist because instead of picking it at the end of the ripening stage we’re using very early picked Rutherglen muscat to make a delicate floral sparkling wine”, he says.

“So Lizzie started as a brainwave and when we made and fine-tuned it we thought ‘yep we got that right’!”

Methode in the making

Meanwhile, at his Wahgunyah winery on the opposite side of Rutherglen, Damien Cofield, is also experimenting with a number of grape varieties to produce a range of sensational sparkling wines including shiraz, prosecco, durif, pinot noir and chardonnay.

Damien’s current favourite is his Provincial Black Pinot Noir Chardonnay “because it has the most complexity due to its age and it also has the most balance to fruit intensity due to its extended maturation before release. The current one has matured for 10 years. It’s a pretty special drink”, says Damien, who started “quite young” as an assistant winemaker to his father in 1996, and took the reins of Cofield Wines in 2007.

Both he and Howard Anderson relish the challenge of making sparkling wines because of the complexity of the process. Says Damien: “There’s a lot of nuances of flavour, in particular with the sparkling white wines that are crafted together…nuances from the fruit, from the age on yeast, oak maturation, the disgorging process and the balancing process at the end. So that’s what I enjoy - it’s all about the nuances coming together.”

Howard agrees: "I really enjoy making sparkling wine because you get two goes at doing the fermentation, first the basewine after you’ve picked the grapes and then when the wine’s ready to bottle either a few months or a year later so you get to be a winemaker all over again, growing up the yeast and fermenting it in the bottle so it creates all those wonderful bubbles.” Sparkling wines crafted at Cofield, Anderson or any of the other Rutherglen wineries making these lip-smacking drops can be enjoyed with or without food to suit any festive gathering, ideal perfectly chilled and poured straight from the bottle or as a cocktail to get the party started. Choose a sparkling white to suit crayfish, oysters or prawns or a sparkling red for a heavenly match with roast pork and all the trimmings.

Whatever the seasonal celebration, a guided tasting with the makers is the best way to explore and experience the passion that goes into every bubbly bottle produced in this renowned wine region. Enjoy a bubble or two? Check out Rutherglen's finest sparkling makers. Explore our Rutherglen vineyards to find your perfect pairing. 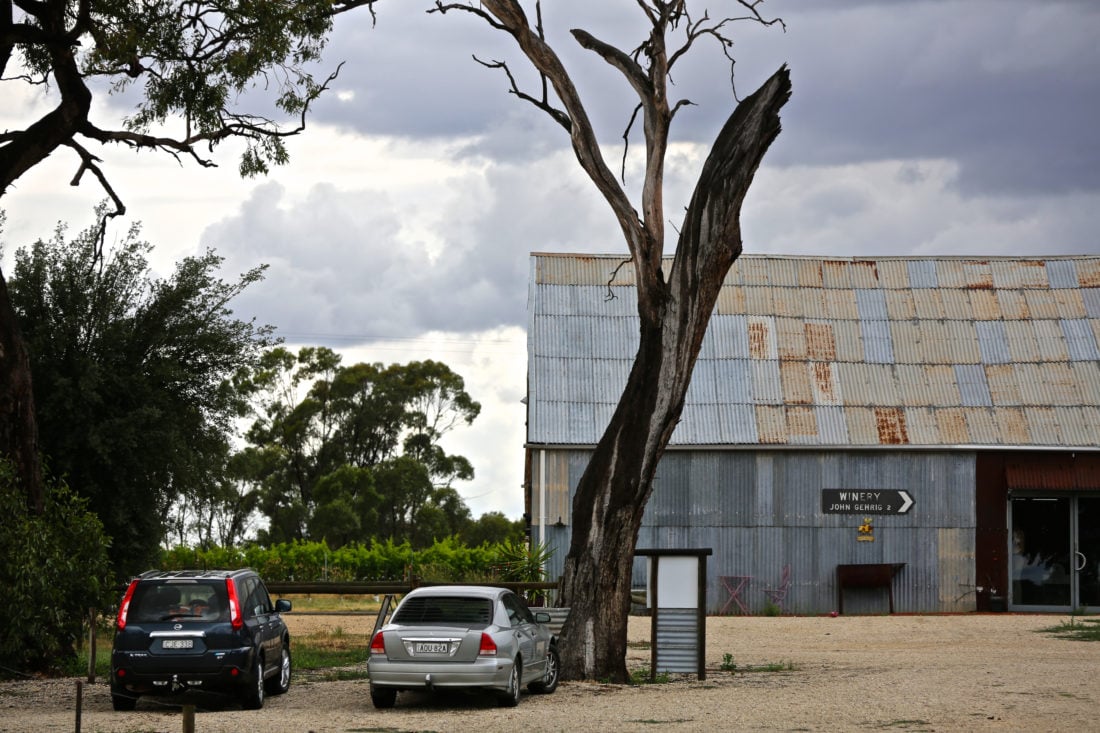