The “Brolgas” sculpture, situated in the heart of Corowa, commemorates the construction of the Federation Bridge over the Murray River in 2005. The sculptures were unveiled on the 150th anniversary of the proclamation of the town of Corowa.

The brolgas were chosen as a symbol of just one of our unique and diverse native Australian birds found in the region – a short walk away from the sculptures, brolgas habitually make their nests at the Whitehead Street Wetlands, an area that is also home to Sloane’s Froglet and numerous rare plants. The Statesman Motor Inn is in the centre of Corowa on the border of New South Wales and Victoria, Australia.… This trail will take you through the old river gum trees beside the Murray River and passes by farming properties.… The Royal Hotel Corowa is steeped in history, having been originally built in the late 1800s. Lis and Michael Newnham,… From Malaysia to the Sichuan Provence in China, Szeto Asian Kitchen has handpicked the the finest cuisines for you to… Old School Cruises offer classic car tours. “Better than a bus, Cooler than a cab” Chose your own adventure and… The Carlyle Bushland Reserve is a magic place full of bushland birds and kangaroos. It is a place to enjoy… The Little Kombi Company has evolved from their love for the iconic VW Kombi. They love to share the enjoyment… Welcome to Australia’s greatest pie shop, Parker Pies Rutherglen. A family-owned and operated business in the heart of Victoria’s oldest… Rutherglen Wine Experience and Visitor Information Centre is located in a township blessed with the world’s richest wines, deep soul… 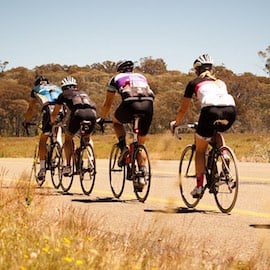 This is a fully sustainable tiny house right on the edge of a gorgeous vineyard. Powered by the sun, Jones…

Mount Ophir Estate, a unique and exclusive property in the rural district of Rutherglen in northern Victoria, Australia. Mount Ophir… The Apex Miniature Steam Train runs around Bangerang Park Corowa on the first Sunday of the month, weather permitting. The…